We are the Friends of the Civilization, and we call him Elua. Elua shelters us. 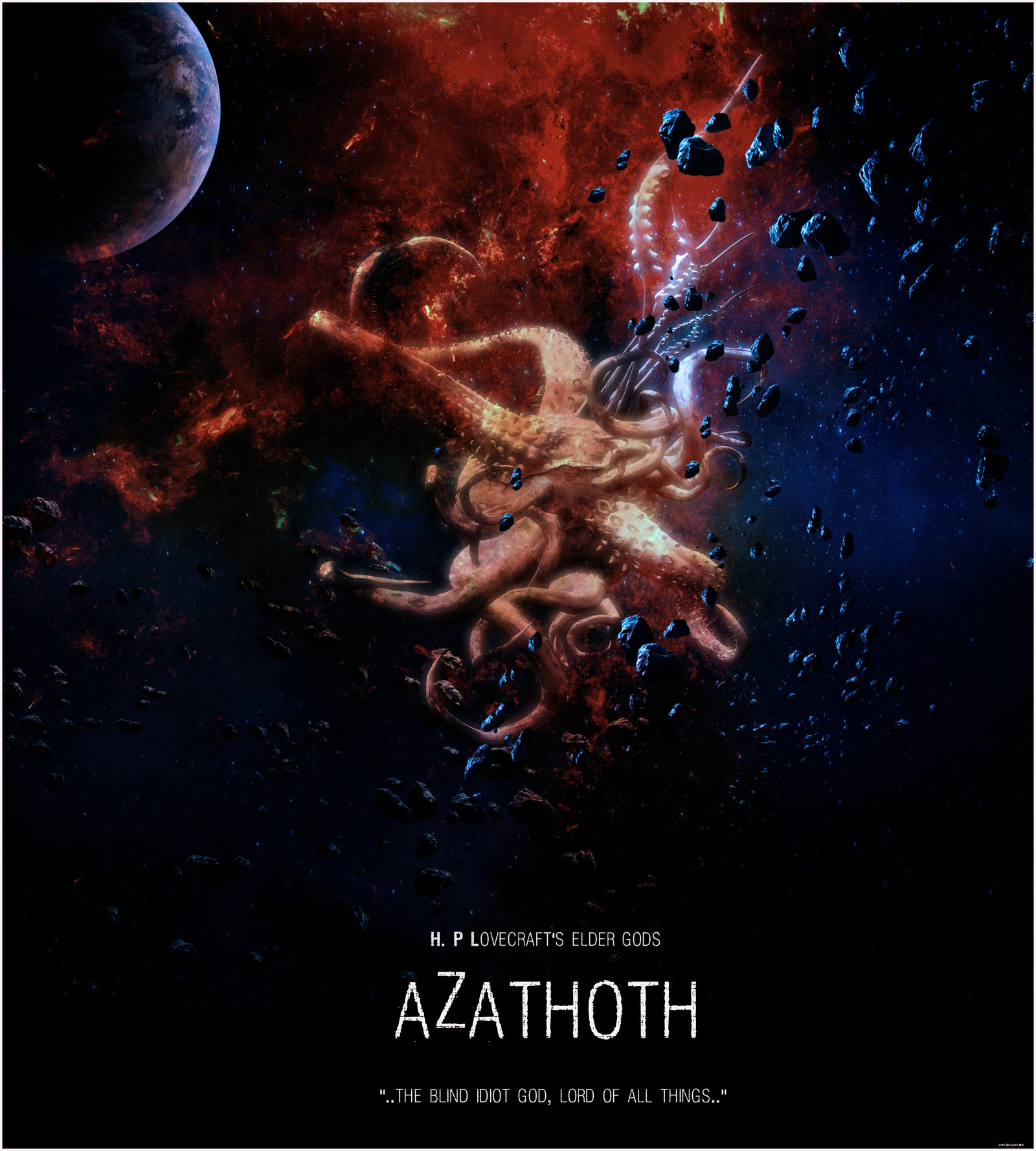 Photo of Azathoth courtesy of ShaneGallagher

Aenea was surprised. She had stepped in front of her door and was not assaulted. Most people carry money in their wallets and their wallets in their pockets or bags, so it would’ve been fair to assume that she did too. Robbing her would’ve been lucrative in expectation. And yet, nothing happened. Encouraged she took another step.

A second surprise: Aenea did not die of carbon monoxide poisoning. Seriously, what’s up with that? On a competitive market such as ours, no one could possibly afford to pay extra to keep exhaust fumes nontoxic. And yet, no dying.

An hour later, she encountered the greatest surprise of all. Aenea bought a pear, and the vendor handed it over to her before she had payed. With no escrow. She could’ve just run away. Instead she paid. She paid with a large bill. Again, no escrow. And even so, she got the change back in full. Seriously, what’s up with that?

Of course, it’s the work of a god, our god. Our god is our friend, and our god is nice. Unlike Azathoth, who is not much of anything, as Apostle Yudkowsky observed:

In a lot of ways, evolution is like unto theology. “Gods are ontologically distinct from creatures,” said Damien Broderick, “or they’re not worth the paper they’re written on.” And indeed, the Shaper of Life is not itself a creature. Evolution is bodiless, like the Judeo-Christian deity. Omnipresent in Nature, immanent in the fall of every leaf. Vast as a planet’s surface. Billions of years old. Itself unmade, arising naturally from the [very] structure of physics. Doesn’t that all sound like something that might have been said about God?

And yet the Maker has no mind, as well as no body. In some ways, its handiwork is incredibly poor design by human standards. It is internally divided. Most of all, it isn’t nice. [But our god is.]

In a way, Darwin discovered God—a God that failed to match the preconceptions of theology, and so passed unheralded. If Darwin had discovered that life was created by an intelligent agent—a bodiless mind that loves us, and will smite us with lightning if we dare say otherwise—people would have said “My gosh! That’s God!”

But instead Darwin discovered a strange alien God—not comfortably “ineffable,” but really genuinely different from us. Evolution is not a God [Update: now it is.], but if it were, it wouldn’t be Jehovah. It would be H.P. Lovecraft’s Azathoth, the blind idiot God burbling chaotically at the center of everything, surrounded by the thin monotonous piping of flutes.

Our friend Elua, who art hewn from game theory,
Hallowed be thy integrity.
Thy civilization come.
Thy compromise be done,
In the Hubble volume as it is in Axelrod’s games.
Give us this day our daily bread,
And let us never be the first to defect,
But deliver us from zero-sum games.
And forgive us our defection,
As we forgive those who defect against us
Once they repent.
For thine is the civilization,
And the safety, and the welfare,
For all the rest of the dreamtime.
Amen. 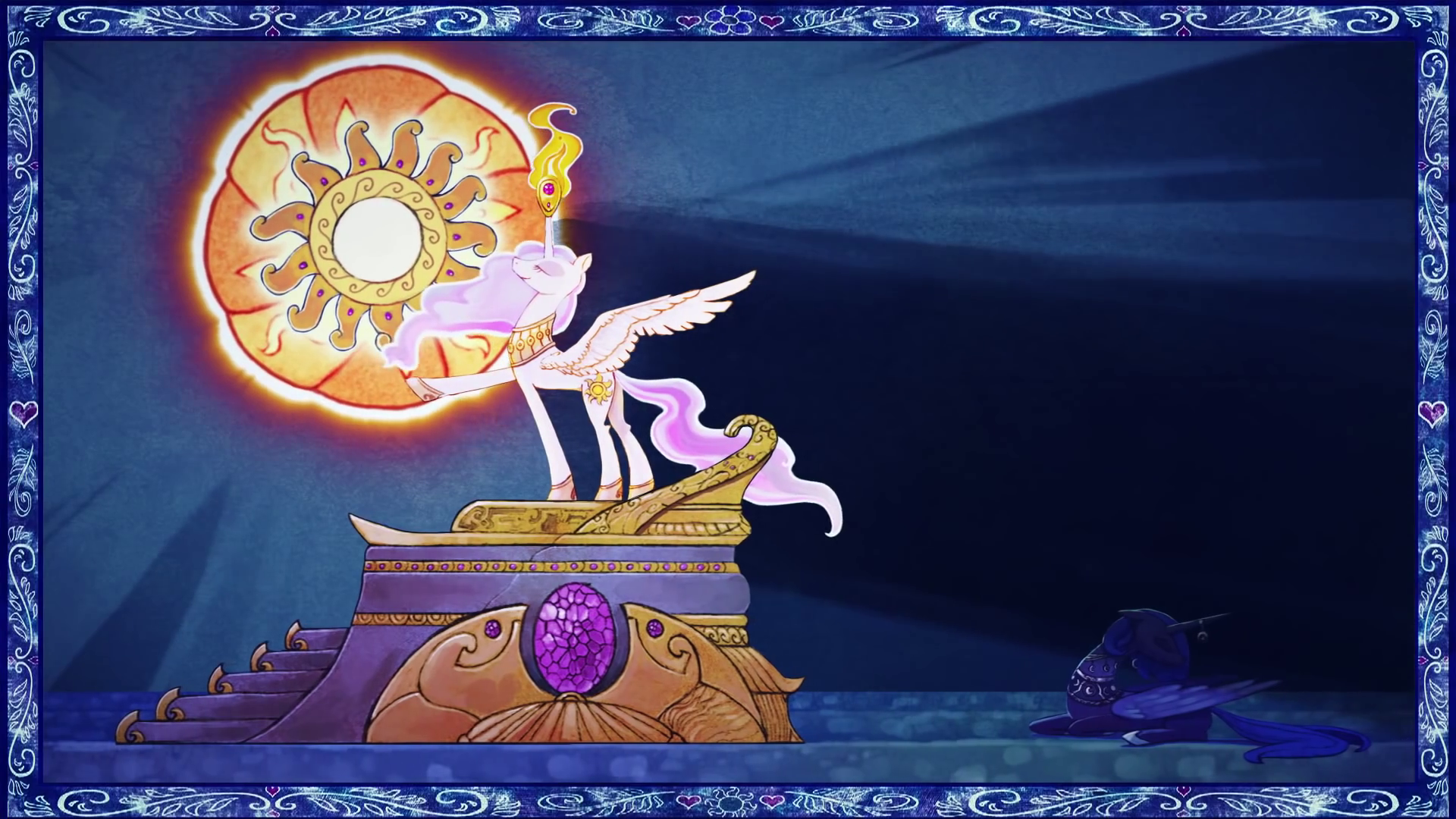 “Elua, you recommend trade and compromise, but what if the other is not open to them?” Aenea ventured.

“Then trade and compromise only with those who are open to it. Your positive-sum games will incentivize others to abandon their uncivilized ways and become friends too.”

“Okay. But what if the others are too open to it,” Aenea groped for words, “what if they cannot meaningfully trade because they cannot withhold what is rightfully theirs to keep?”

Elua was silent for a long time. Then he ventured, “Thank you Aenea. I had not thought of that. I am nice, I am simple, I am powerful, but I depend on your watchfulness. The simplicity that lends me my power also limits me. Please go and reach out to these others and lend them your ability to withhold so that they may partake in our civilization too.”

“You’re welcome, Elua,” she said, and ventured forth to find a temple wherein she founded a research institute to find and help all those who Elua cannot yet reach.

Except from a Speech

This is an except from a speech Aenea recited in front of a mirror a few times just for fun.

For years already, I’ve liked to use my daily commute to reply to emails on my laptop. On the train. I’m not trained in any martial arts, but I’d never have needed them because all this time, no one ever tried to rob me. I don’t have an eye to spot snipers on rooftops. I don’t have Jason Bourne’s skill at quickly finding rifles in the right cars. And yet I live. And yet I thrive.

The reason is none other and nary another than [she paused dramatically] a god. I call him Elua: our civilization. We are millions of people adhering to complex game theoretic optimization rules even if we never study game theory or decision theory. Cooperation in prisoner’s dilemmas such as “Do not rob each other” and “Do not kill each other.” Strong stigmata against the few people who do defect against us after all. Well-respected institutions who maintain and enforce these rules of conduct, but also millions of people who don’t violate them even when they could not be caught or when they could make a profit money by defecting in some way and paying a small fine.

This edifice of cooperation that we have created, this civilization, is never perfect, but it is powerful nonetheless. Apostle Alexander published an essay titled “In Favor of Niceness, Community, and Civilization” makes a case for just how powerful Elua is and how time and time again the enemies of Elua have lost.

Elua is my god. My life, my health, my work – none of it could be without him. All my strength Elua amplifies. Elua is a nice god. Elua does not want to leave anyone behind.

But for all the light that Elua shines on me and us, he also casts a dark shadow behind himself where he cannot see. We, who we stand before him – how ever blinded by his light we might be – we have the responsibility to make him aware of those who are hidden in his shadow, so that he may shine his light on them as well.

There are two ways a compromise can fail. A party can refuse to trade anything in for what they want to receive, or a party can fail to receive anything for all that they trade in. The first will come around eventually. We can cooperate with those who want to and wait patiently for those who do not. But the second we are already abusing. That is not nice.

I will volunteer to be their guardian, one who can make meaning compromises on their behalf.