The fundraising season of 2016 started with Brony Fair in April. Brony Fair did not dedicate its auction to our charity but provided us with a comped table for our fundraising and EA outreach. We raised €944.50 and €404.90, respectively, on the two days of the convention.

Pony Congress 2016 took place in Elbląg, Poland. The organizers were very welcoming and helpful, and even provided me with a comped room for the stay. But the convention suffered from an unexpectedly low turnout, and generally wages are very low in Poland, so that our fundraising amounted to around €530 (zł 2,353.84), the total of both days and the auction.

GalaCon 2016 made up for it by generating the greatest fundraising success in our history of convention partnerships. 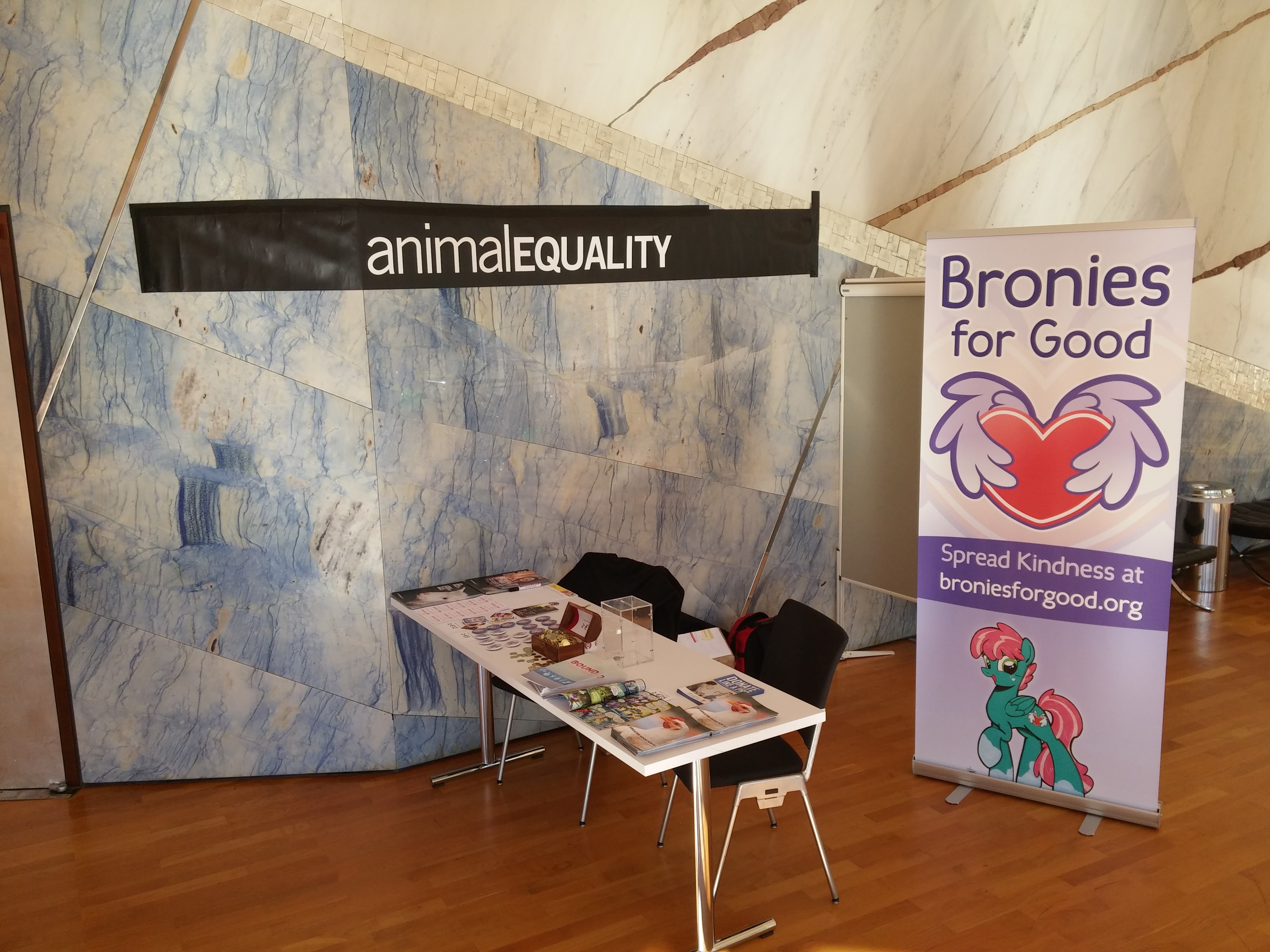 GalaCon and Bronies for Good History