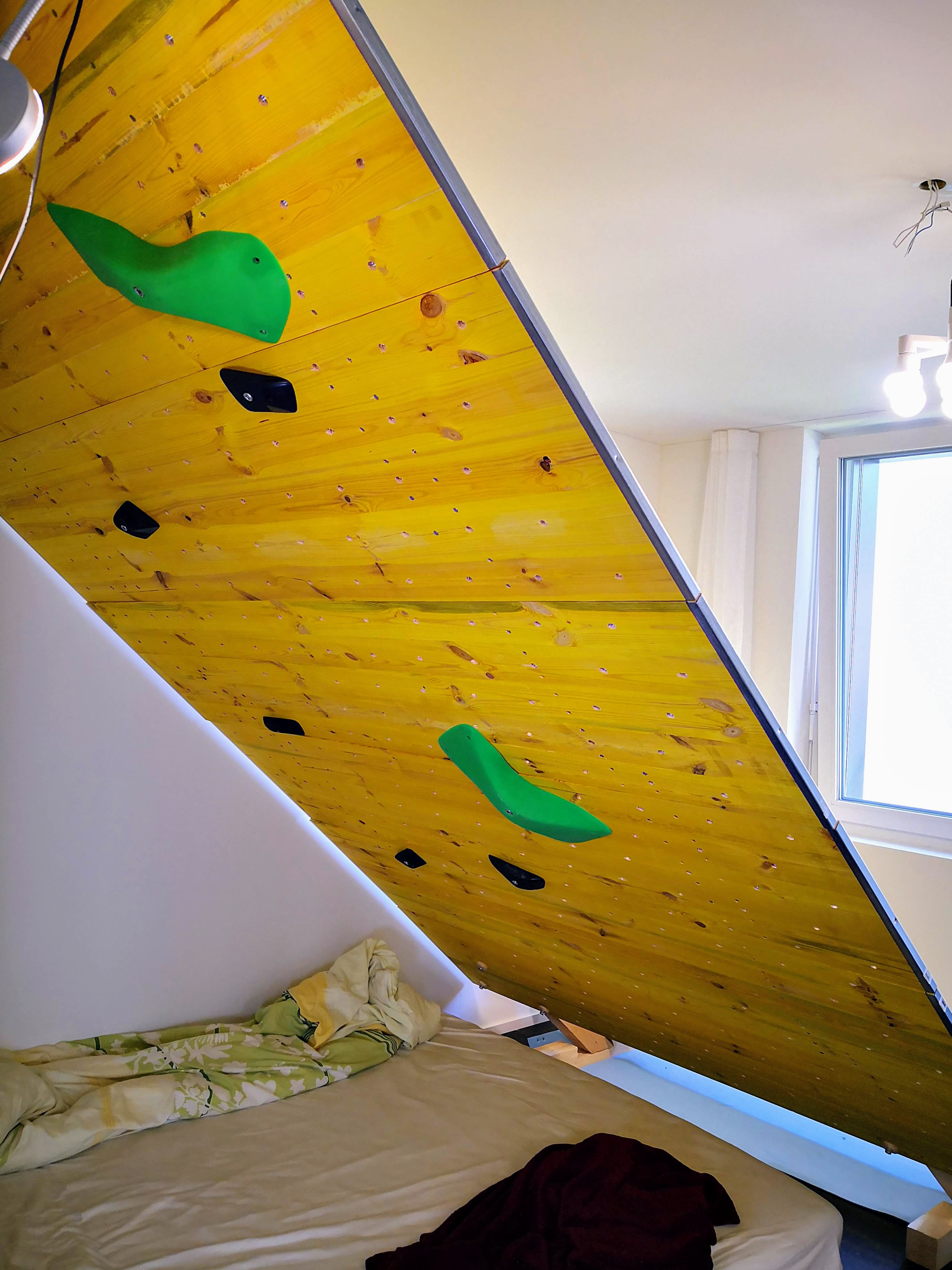 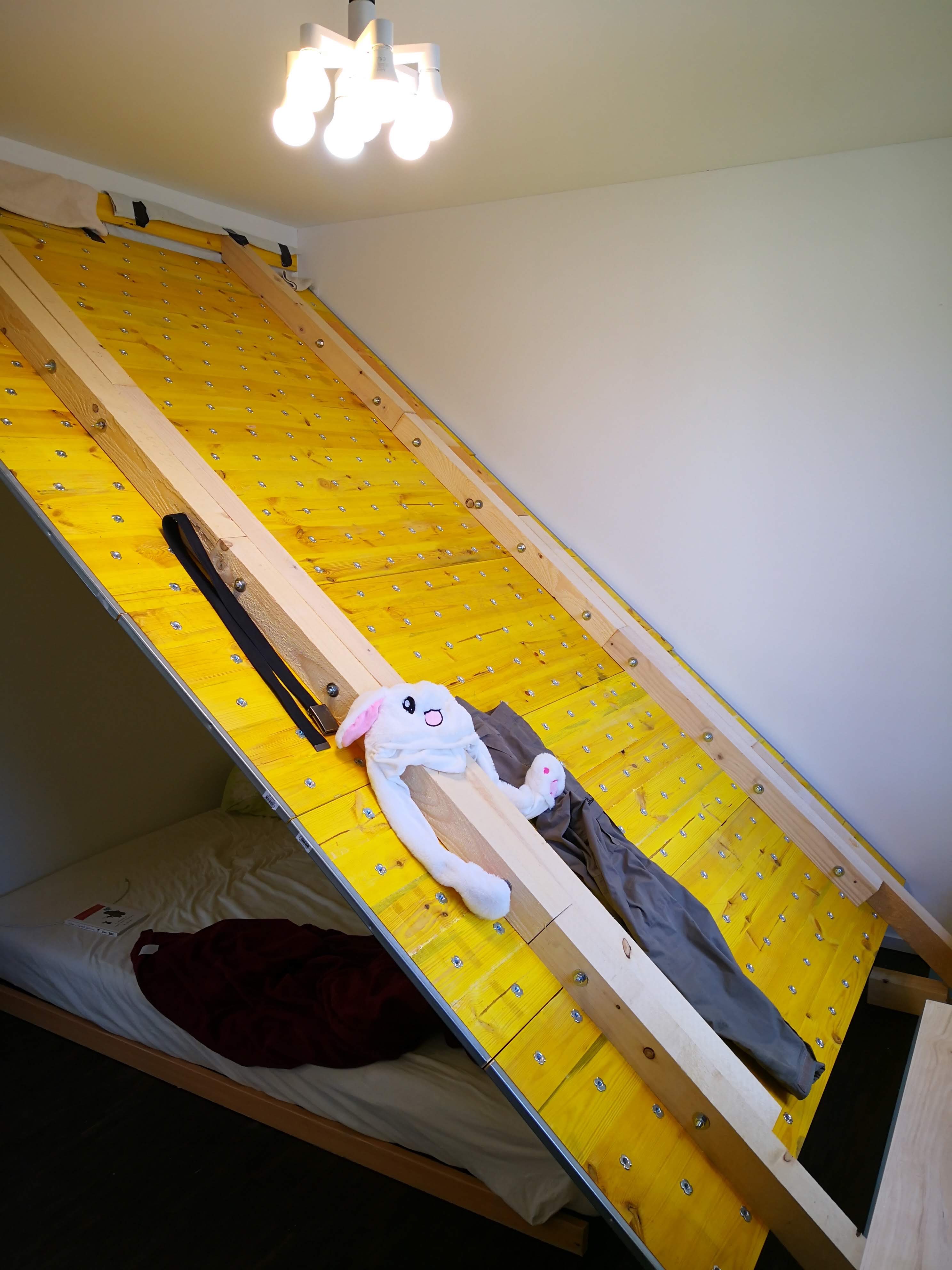 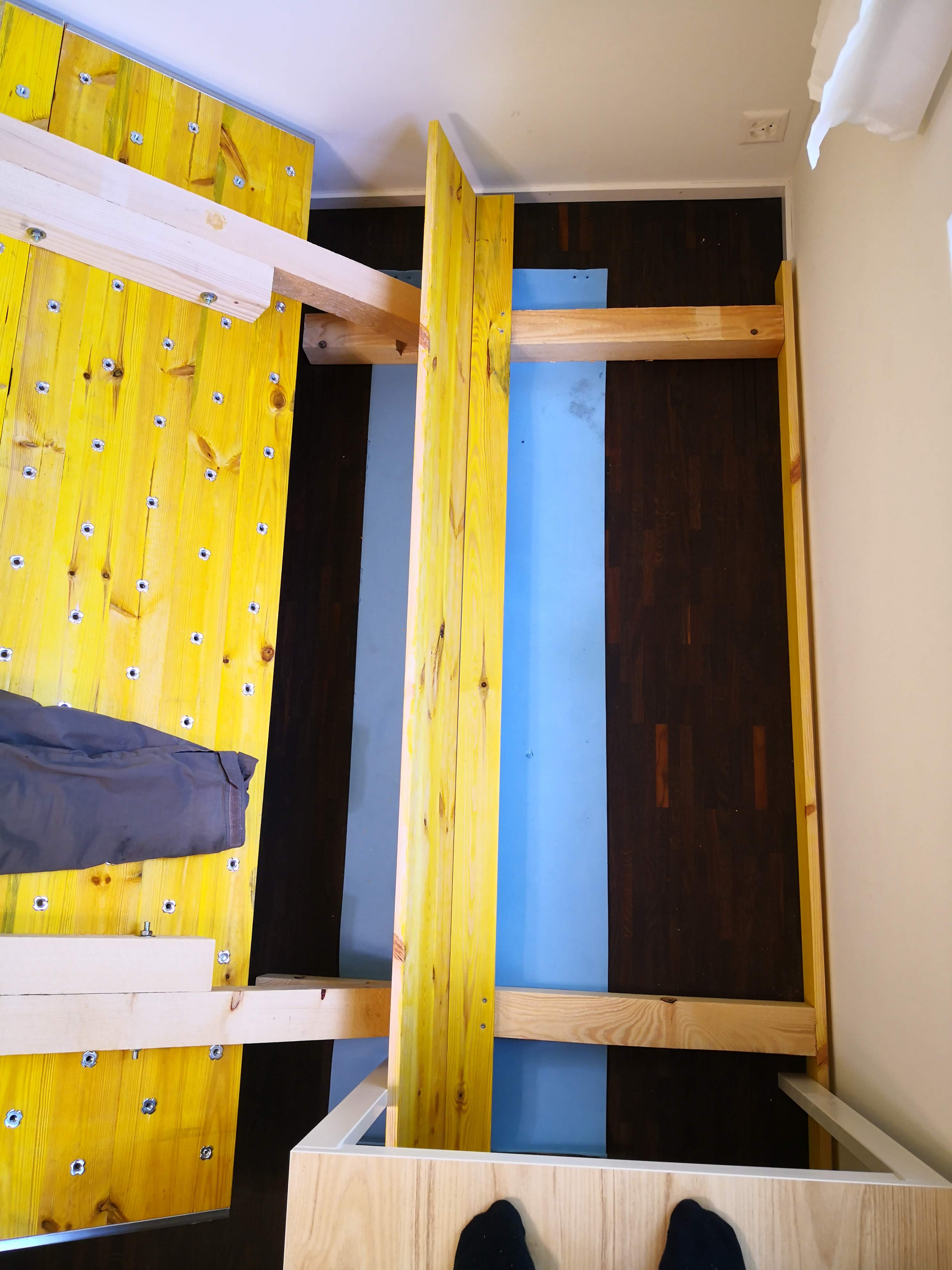 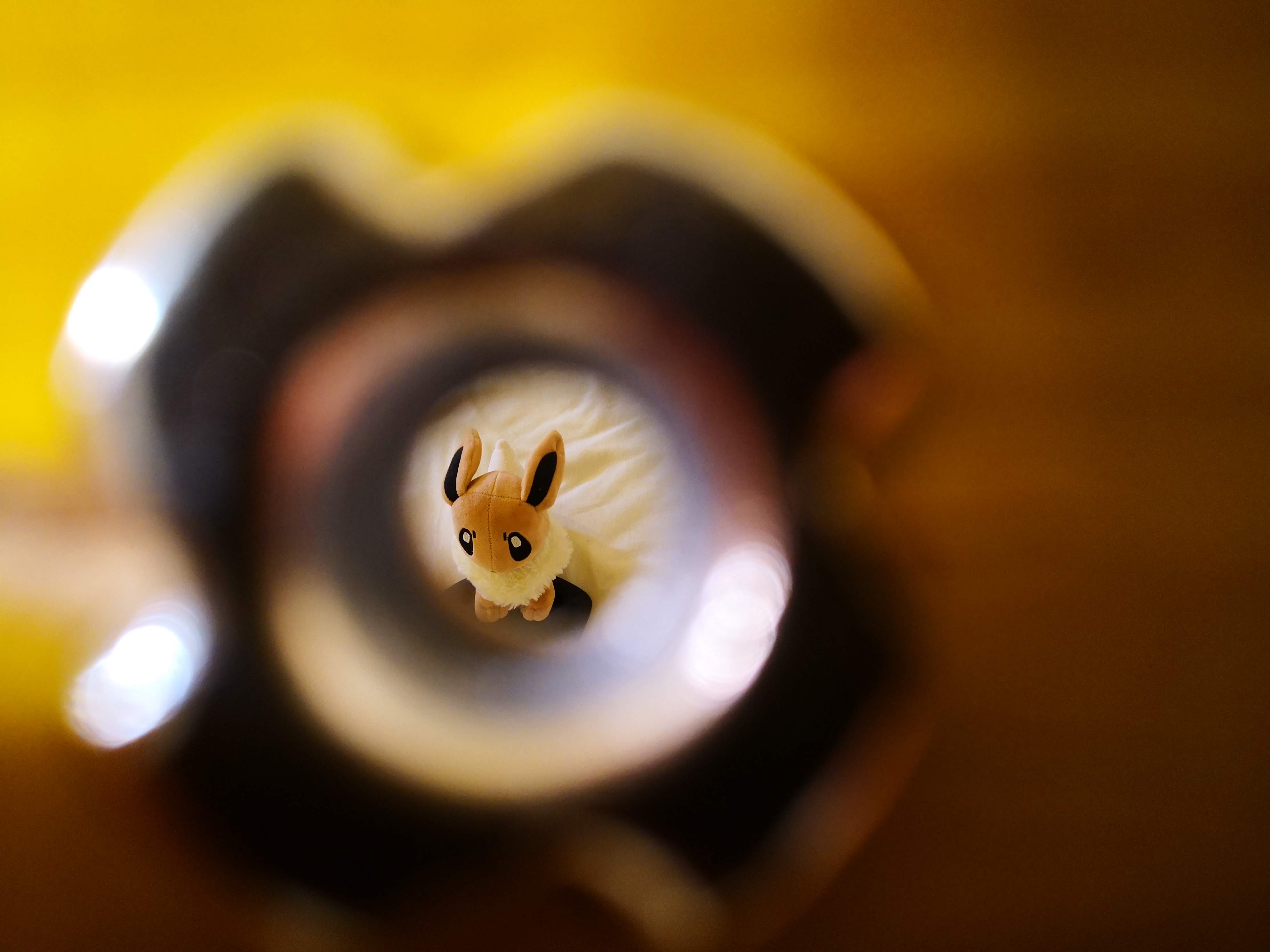 First, I ordered the T-nuts. They take about 1–2 months to arrive, are almost certainly needed, and are not a great sunk cost even if I decide not to go ahead with the board. I felt like I was 60% likely to go ahead with the climbing board plans, and in this majority of worlds, I didn’t want to be blocked on an order later on.

Then I started designing different wall concepts, watched YouTube videos on home climbing walls, and read tutorials on the topic.

I came up with about four designs, detailed below.

The wood is all one shade. I’m using different shades in the model to distinguish the modules that can be taken apart easily from all the little pieces that are firmly attached to each other.

The 1 m beams are connected to each other with two metal bolts and by having their ends rest against each other. If this is insufficient, I can wrap a metal band around each end to keep it from splitting.

The boards have each three rows of holes for the T nuts. Every other row is offset by half a hole distance, which, I hope, improves stability and maybe also flexibility for the boulder problems.

I want to place a lamp roughly where the camera is to improve the lighting.

The whole board is flush against one side wall of the room. I’ll put some foam or a blanket there as well to protect the wall.

I ended up addressing none of these either because the risk seemed low or because I can address them as they arise.

The idea here was to have particularly small, light, and interchangeable modules. They are all identical but fit together because the beams are angled just right over the 50 cm for the next beam to fit next to them. I’ve discarded this design because of doubts about the stability of the connections of the beams.

Another way of getting a longer wall into my small room was to have, say, four modules at angles 0°, 20°, 45°, and 90° or so in that order one after another. They’d form a bent wall to the ceiling and then along the ceiling. It would’ve enabled me to train on various angles of walls. But I couldn’t think of a way to make it flexible enough for moving and adjusting to other room heights.

In this idea the modules were connected by ropes rather than beams. At the top, the ropes go through a hole into the board from the front to the back where there’s a knot. Then they continue behind the board to the bottom. Below the board there’s a gap where they thread back to the front, and then go back through a hole in the top of the next board. And so on.

Downward pressure on protruding holds on the lower half of the board results in a downward and inward (into the board) force. But also in a tautening of the rope. The rope then keeps the board from tilting forward from the inward force.

The problem is of course that this only works for forces on the lower half of the board, so I’d have to use rather many boards to be able to place the holds at a sensible distance. And despite all the tautening, it still seemed like a rather shaky contraption.

Furthermore, I can’t think of a way to hang it in my room without drilling holes.

You’ll see more of it on my Instagram. At least once I come up with a problem I can solve.